In order to identify Francophones in your community and collect reliable and standardized data, it is recommended that you ask the following questions:

Data on Francophones in your LHIN

In a survey, 34% of Francophones in the Central East LHIN (or more than 9,000 individuals) reported having some health limitations.

The infographic below portrays Francophones in the Central East LHIN. Contact Entité 4 for more data on the Francophone population in your area. 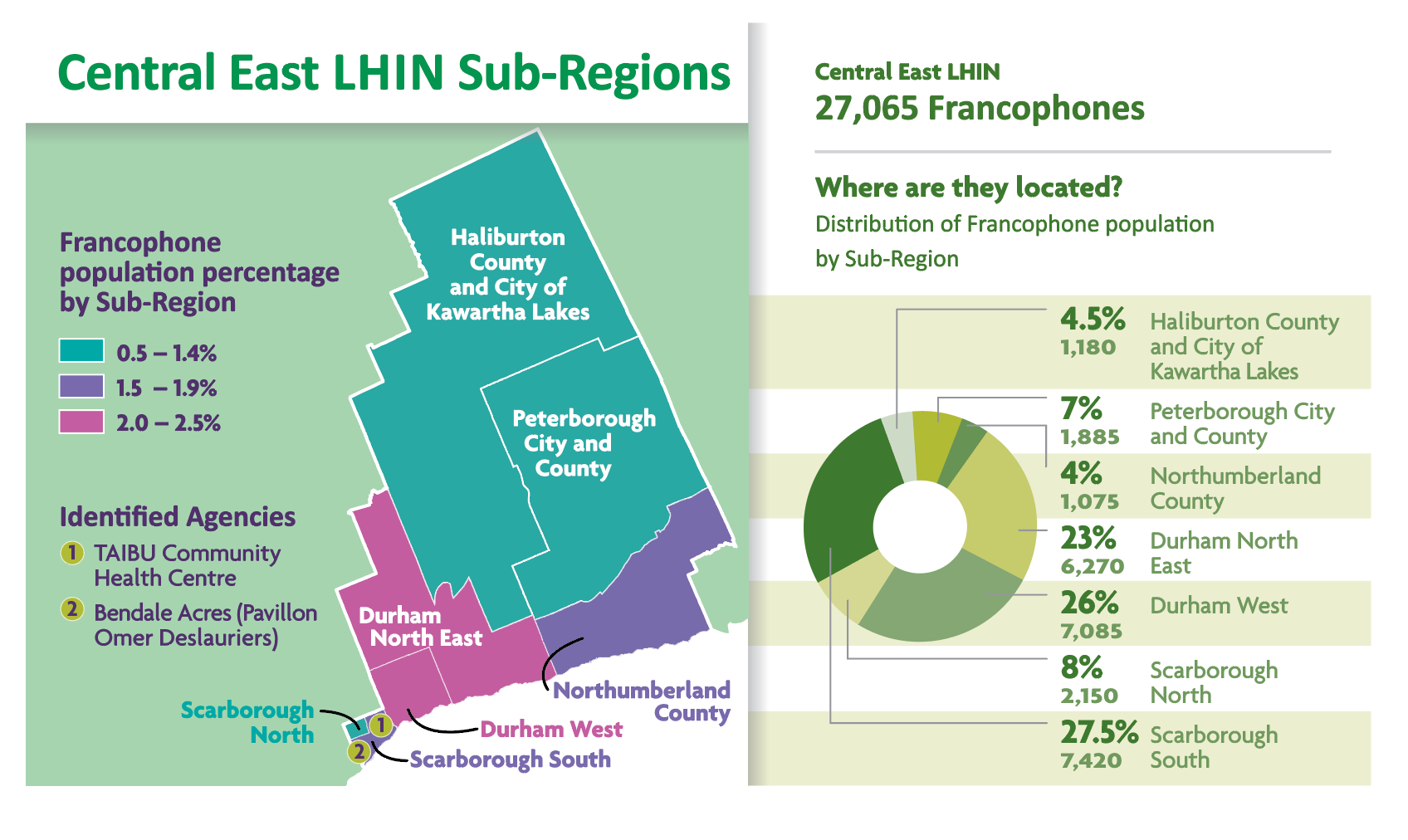